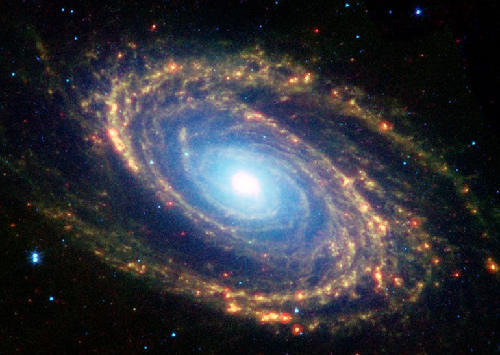 “Ultimate” and “ultimately” are words that often turn up in discussions of meaningness.

Two examples, one eternalist and the other nihilist:

These words can be used legitimately. Quite often, though, they are advertising hype: they mean “Wow, this is incredibly important, you better pay attention!”

They can also be weasel-words, like “really,” that are meant to intimidate you into not asking questions. “Ultimate” is wonderfully vague, and sounds impressive. The implication is that the speaker knows all about this ultimate reality, and if you don’t understand or don’t agree, it is because you are not good enough.

“Ultimate” simply means “at the end of something.” The questions one should ask are:

In a case like “the ultimate nature of Being is Love,” it is unlikely that the speaker has any specific idea of what “ultimate” is supposed to mean. What scale is “Love” at the end of? This is self-important nonsense.

In “the mind is just electrical impulses,” the linear arrangement is one of successive reductions. The claim is possibly true in some sense. But if it is, the question is whether it is usefully true, in a particular context. When is it useful to regard the mind as electrical impulses? Probably almost never.