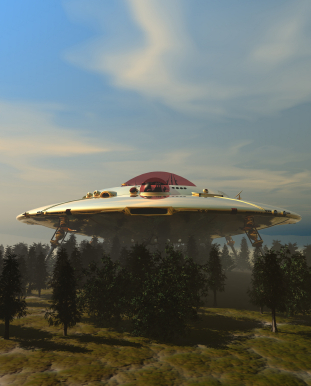 A tiny gray pebble slides half an inch down a slope on a lifeless planet a million light-years from the nearest star. No being ever knows about this, and nothing happens as a result of it.

This insistence is motivated by fear: the fear that perhaps everything is meaningless.

But we cannot always say what has meaning and what does not. We have no hard-line test. Meaningfulness is frustratingly unreliable; transient, uncertain.

But what about your own life? Things happen that seem meaningful to you. But often they do not seem meaningful to other people—especially if they affect only you. And it is certainly possible to be mistaken about meaningfulness—to suppose things have meanings that they don’t. So isn’t it possible that you are entirely mistaken about meaningfulness? Isn’t it possible that life itself is completely meaningless? That is a profoundly depressing idea.

“Nonsense,” you think. “I know that my life is meaningful to me.” But what good is that? No one else cares about your life the way you do. Maybe your supposed “meaningfulness” is a delusion. Maybe it is purely subjective, and exists only in your own mind. And then, so what? That seems like a meaningless kind of “meaning.”

This is a slippery slope you don’t want to slide down. Since there seem to be no definite criteria for meaningfulness, you cannot rely on anything to have meaning. There is no solid ground under foot, once you admit the nebulosity of meaningness.

This is the stance of eternalism. Eternalism provides a reassuring firmness, certainty, definiteness to meaning. It says: you are right to care about what you do, because it is truly meaningful.

But what makes everything meaningful? What could give meaning to the pebble?

Here, you must invoke a Cosmic Plan. There has to be a universe-spanning intelligence that knows everything, and that gives everything meaning. (What meaning? That is not always for humans to know.)

A gigantic spaceship arrives. Astonishingly beautiful aliens emerge, and announce that they are on a diplomatic mission from the Universal Federation of a billion planets.

Humankind, they explain, has reached the point of sophistication where we can join the Federation. We will not, however, join as junior partners. Human beings have a unique spiritual ability not found anywhere else in the universe. This ability is latent in us now, but can easily be developed with tools the aliens will provide.

Unfortunately, the entire universe, with its billions of inhabited planets, will be destroyed just a few years from now. A tiny flaw in the fabric of reality is about to spread across the universe in an instant, like a pin-prick in a balloon, and the whole of space-time will evaporate.1

Only the specially-developed spiritual abilities of human beings can prevent this.

The aliens will make us immortal and vastly more intelligent than any human has ever been—a necessary prerequisite to this spiritual development. Naturally, this will make us radically different from the way we were; we will no longer be human.

Having saved the universe, humanity will lead all other intelligent species to a triumphant destiny, a culmination of the ultimate purpose of existence that is now utterly inconceivable.

However, since the aliens do not wish to force anyone to do anything, it is up to us to decide whether to undergo the transformation.

This is a meaningful choice. The fate of the universe, and billions of billions of beings, hangs in the balance.

The only way to say “this choice would not really be meaningful” is to insist that, no matter how many beings are affected, the apparent meaning is still just subjective. It’s only in the minds of a bunch of random life-forms, who are (after all) just blobs of matter; swirls of subatomic particles. Therefore, it is illusory.

Implicit here again is the view that real meaningfulness could only be objective, and could only be provided by something external to the universe. There is no Cosmic Plan, so nothing is truly meaningful.

This is the stance of nihilism. Nihilism’s improbable insistence on meaninglessness is also motivated by fear. It is the mirror-image fear of eternalism.

The fear is that, if you admit anything is meaningful, then perhaps everything has a fixed meaning—or at least everything in your life.

You don’t want the responsibility of dealing with the intricacies, implications, and imperatives of all that meaningfulness. And if everything had a specific meaning, there would be no room for creativity. You would have no freedom.

Perhaps worst of all, you might have to accept a lot of sentimental claptrap—the nonsense eternalists spout in a desperate attempt to justify their delusions.

Meaningness without a Cosmic Plan

Eternalism and nihilism exist only out of fear of each other. There is a better alternative—what I call the complete stance.

I suggest that meaningfulness is not provided by a Cosmic Plan. There is no Cosmic Plan; but that does not mean that nothing is meaningful.

I suggest that meaningness is neither objective, nor subjective.

Accepting these suggestions allows you to let go of the unrealistic fears that motivate both eternalism and nihilism.

This complete view of meaningness has its own implications. They may seem to make life more complicated. However, the complete stance also eliminates the many troubles eternalism and nihilism cause.