I get duped by eternalism in a casino 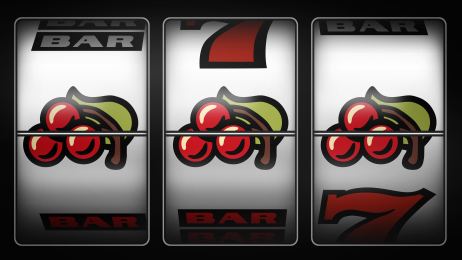 I’ll begin with a story about a time I fell under the spell of eternalism, with ridiculous results.

Then, I’ll draw some serious conclusions about the way eternalism works.

How I discovered The Ultimate Meaning Of Being

The point of gambling was lost on me.

I am not especially risk-averse. As a businessman, I often made decisions in which millions of dollars, and the survival of the enterprise, were at stake. Nowadays, I pursue outdoor sports in which death is a definite possibility.

On the other hand, I do not enjoy risk for its own sake. I see no point in taking risks unless the expected rewards are greater.

The puzzling thing about casino gambling is that it has “negative expected value.” Over time, gamblers almost always lose more money than they make. In fact, the modern conceptual framework for “rational action” was invented to explain why gambling is a bad idea. So what’s the point?

A decade ago, I started passing through Reno airport regularly, and sometimes spent the night in hotels there. They all have enormous casinos on the ground floor, laid out so that you cannot avoid walking past innumerable flashing, blooping slot machines on the way to your room.

Being curious about human motivations, I used to watch the gamblers, trying to figure out what they were feeling.

I had some guesses; but I thought I ought to try betting, to see if I could experience the same thing. My guess was that I couldn’t. It seemed likely that gamblers gambled because they were stupid, or did not understand negative expectation value, or had some sort of superstitious belief that they were special, so randomness did not apply. I couldn’t adopt their wrong beliefs, so I wouldn’t be able to have the experience they did.

I had also heard it said that you can only understand gambling by wagering a sum large enough that losing it would be a serious problem for you. I wanted to understand, but not that badly.

Applying rational decision theory, I resolved to obtain as much information as I could at the least possible expected cost. (That strategy is automatic for me.) I looked for the lowest-stakes slot machine, and found one that would let me bet a single cent on each round.

So I fed it a dollar—the least it would accept—and pulled the handle. I immediately won five cents. And ten cents on the next try! Then several losses in a row.

I upped my bet from one to five cents—and won again.

As I consistently won more than I lost, I was gradually suffused with a warm glow. I felt safe and at home in the world. What a blessed relief!

I realized that the universe loved me, and that everything was going to come out well after all. My ever-present nagging sense of vague wrongness disappeared, and I recognized that it had always been a misunderstanding. Everything is as it should be; everything is connected; everything makes sense; everything is benevolently watched over by the eternal ordering principle.

This was eternalism straight-up, purely at a bodily, felt level.

I’m disposed to nihilism; so, at the same time, I was running a sardonic mental commentary. The cognitive dissonance between feeling unquestioned confidence in the All-Good Cosmic Plan, and my intellectual confidence that casino operators ensure that their slot machines are a losing bet, was extremely funny. That humorousness fed back into my bodily enjoyment.

It didn’t take long to conclude that I had gained all the knowledge I had asked for, and far more. The universe, in its infinite generosity, had gifted me with profound insight. To finish the charade, I increased my bet to 25 cents, and then 50 cents.

I walked back toward my hotel room grinning like the village idiot, unspeakably happy.

As I entered the elevator, a sexy lady jumped in with me.

(It dawned on me only as I was writing this that she was a professional. I’m kind of clueless about such things. A guy in a suit, leaving a casino floor accompanied only by a gigantic grin, is surely a fine business opportunity.)

“No!” I exclaimed, beaming. “At one point I was up by thirty-seven cents, but in the end I lost the whole dollar!”

Her face closed; she turned away, and wouldn’t look at me for the rest of the elevator ride.

There’s something wrong with anyone who’s that excited about thirty-seven cents.

Eternalism is an addiction

Actually, winning thirty-seven cents was not going to make a such a big difference in my life.

Discovering universal love would. That was a really great feeling. Experiencing that all the time—the way some mystics supposedly do—would be fabulous.

That sense of safety, understanding, and certainty could be addictive. I think that’s part of why we all frequently fall into the eternalist stance—even when we know better.

Eternalism feels right—absolutely right. And when we lose it, we’ll do almost anything to get it back. We’ll pretend not to see obvious randomness, and take up arms to destroy evidence of it.

“Patternicity”1 is the brain’s built-in tendency to perceive patterns that don’t exist. An example is the experience of seeing a face in the light and dark patches on a rock, or splotch of paint, or piece of toast. It’s often impossible to not-see them, even when you are undeceived, and know perfectly well there’s no face there.

Eternalism is patternicity for broad dimensions of meaning—purpose, value, ethics—rather than physical objects. Our brains seem to have evolved to find patterns of meaning, too. In the casino, the intellectual understanding that my feelings were ridiculous did not make them any less profound. Runs of unexpected good or bad luck trigger the eternalist stance automatically.

Meaningness is not merely subjective

If meaningness was merely subjective, it would not be possible to be wrong about it. However, my felt beliefs about meaning, in the grip of a run of good luck, were definitely outright wrong.

The joy of winning, patternicity, addiction, mania, and religion are all connected by the neurotransmitter dopamine.2 Dopamine plays a key role in motivation and reward. It spikes in response to unexpected success, and is experienced as pleasurable and energizing.

Dopamine reinforces your discovery of a valuable connection, with a new practical understanding of the world. It’s your brain telling you you finally got things right, for once—so pay attention, remember this, and do it again!

Random gambling wins are unexpected, and therefore cause dopamine release. Unfortunately, that increases patternicity, because the brain treats dopamine as evidence of insight. Gamblers typically believe in “luck” as something that comes and goes, and “streaks” of wins or losses that they can detect. When “on a winning streak,” they expect it to continue; but they also believe a losing streak must be balanced by future winnings. Either way, perceptions of non-existent patterns keep them playing.

Stimulant drugs, such as nicotine, cocaine, and speed, raise dopamine levels, mimicking the reward effect of unexpected success. Stimulant addiction and gambling addiction are, therefore, believed to work in much the same way.

Mania—the “up” phase of manic depression—is similar to an cocaine high, and may also be dopamine-mediated.3,4

Hyper-religiosity is common in mania. The manic feels full of cosmic realization, spiritual vision, confidence, and charisma. Many religious leaders probably experience stable hypomania—the only mildly-delusional form that doesn’t interfere much with life.

Eternalism is most obvious in systems that reinforce it with concepts. For example, Christianity reinforces eternalism with beliefs about God, who makes everything meaningful.

My slot-machine experience was eternalism straight-up, with no conceptual framework. God was not in the picture, because I’m a life-long atheist, and thirty-seven cents was not enough to change my mind about Him. Probably if I had believed in God, my mental commentary would have been about my relationship with Him, though.

Instead, I had just a vague feeling about my relationship with the Non-Me. When I say I felt that “the universe loves me,” this did not involve any concept of “the universe” as a thing; rather, a vague omnidirectional feeling of being loved.

It’s easy to see how experiences similar to mine in the casino (but more intense or frequent) can grow into eternalist systems. Put a name on the feeling, make up some theories about it, and you’ve founded a religion, self-help movement, or alternative therapy. Your vague certainty that everything now makes sense justifies your metaphysical speculations.

Established eternalist systems can also co-opt such experiences, and use them to reinforce their conceptual dogmas. Whenever someone feels something like I did, the system’s representative can say “Yes! You got it! That was God’s love / psychological integration / enlightenment / healing energy / etc.”

And when, inevitably, it dissipates, he or she will tell you what you need to do to get it back. Eternalist systems relentlessly exploit this addictive dynamic.

Critics of eternalist systems usually attack their beliefs. False beliefs are mostly not what make eternalism compelling, though—it’s the emotional dynamics. Addiction is only one of those.

To free yourself, or others, from eternalism, addressing the emotional dynamics is even more important than refuting concepts.

Gamblers almost all lose money in the long run. Coming off of cocaine is depressing. Then it takes bigger and bigger doses to get you equally high, with increasingly nasty side-effects. Mania ends in crippling depression.

Eternalism also always lets you down. It seems to offer hope and solace, but in the end it always runs into the brick wall of reality. Then, when it’s impossible to ignore nebulosity, you feel abandoned by the eternal ordering principle. That’s the profoundest possible betrayal.

Even nihilism feels better at such times.

And so, automatically, we swing back and forth between the two.