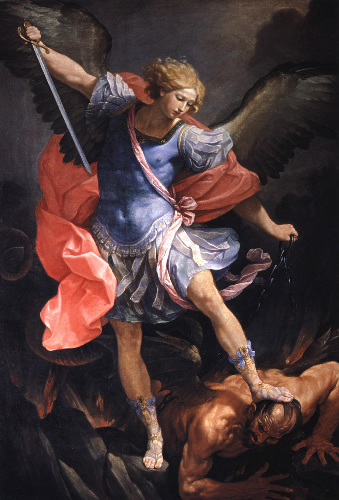 This page is unfinished. It may be a mere placeholder in the book outline. Or, the text below (if any) may be a summary, or a discussion of what the page will say, or a partial or rough draft.

Arming and armoring oneself is a ploy for maintaining eternalism. When nebulosity is obvious, eternalism fails to fit reality. The response is to armor oneself against evidence, and to arm oneself to destroy it.

Kitschy sentimentality can serve as armor against recognizing nebulosity. We blind ourselves to mystery; we try to make the world small and comfortable; and suffer when we encounter vastness.

The cost of armoring is blindness to opportunity. Much good is left undone because an eternalist code did not recommend it, and much harm is done because the code required it. Less obviously, but perhaps even more importantly, we lose the freedom of courage: the freedom to risk, to take actions whose results we cannot predict. Armored eternalism condemns such creativity.

When sentimentality feels threatened, it turns ugly—because the function of sentimentality is self-protection. Confronted with evidence that our code is imperfect, we retreat to a harsher, more restrictive code, and seek to impose it on the uncooperative world as well as ourselves. We become censorious and self-righteous.

When the armor wears thin, we crank it up into melodrama. We make ourselves up as heroes in the cosmic struggle between good and evil. Alas: those who are too sure they are on the side of God are capable of the greatest evil. Armed eternalism results in hostility, punishment of self and others, narrowness, bitterness, and brittleness.

When the supposed Cosmic Plan collides with what is decent and sensible, one either does the apparently right thing, which erodes one’s commitment to eternalism, or one follows the prescription. If that has a bad outcome, one must blind oneself to the failure. We do that by hardening ourselves, and often also by hardening our interpretation of the code—against the temptation to weaken it to fit reality.

Eternalism makes you think “nice” people will behave the way you want them to. When they don’t, you demonize them, and try to control or punish them. In fact, Kundera’s theory of kitsch was motivated by his analysis of totalitarian communism in his native Czechoslovakia; totalitarianism, he concluded, is kitsch in government.

In the pathological extreme, armed eternalism sees any deviation as a threat that must be destroyed, and becomes sociopathic. We may launch witch-hunts, or conduct internal witch-hunts, scouring our own minds for evidence of sinful thoughts. Vast crimes have been justified in the name of eternalism: Inquisition, religious wars, and genocides.

The antidotes are relaxation and de-escalation. As you learn that nebulosity need not be negative, you can allow ambiguity increasingly. As you allow ambiguity, there is less and less need to war against evidence of it.