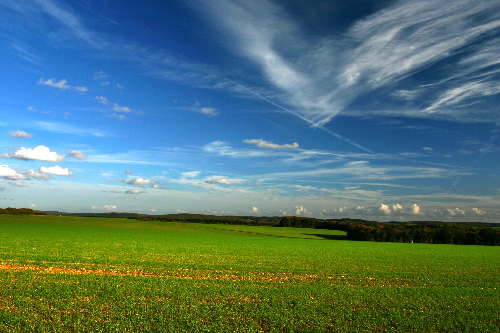 “Nebulosity” means “cloud-like-ness.” Meaningness is cloud-like. It is real, but impossible to completely pin down.

Nebulosity is the key to understanding confusions about meaningness. That is a central point of this book.

Meanings behave in these ways, too.

The nebulosity of meaningness

“Meaning” can apply to many things: words, artworks, or “life,” for example. The meanings even of words can never be fully specified. To varying degrees, they are ambiguous. Art is more extensively indefinite. The matters that might be called “spiritual”—which are major topics in this book—are still more nebulous.

As an easy middling case, let’s consider the nebulosity of the meaning of an artwork, such as a piece of instrumental music:

People often disagree about meanings. Sometimes one person is right and the other wrong. However, often the difficulty is not that we don’t know what the true meaning is, but that it is inherently ambiguous. It is a feature of reality, not of knowledge. As we will see later, meaningness is not objective—but it is not subjective, either.

The nebulosity of meaningness causes various problems: practical, social, and psychological. (Much of this book describes such problems.) Often, people would like to get rid of nebulosity, or pretend that it is not there.

Confused stances are attitudes to meaningness that refuse to acknowledge nebulosity. One strategy is to fixate meanings, attempting to deny their nebulosity by trying to make them solid, eternal, and unambiguous. Another is to deny meaningfulness altogether, or to say that it is not important, or cannot be known.

Because meaningness is both nebulous and real, these confused stances fail, and cause new, worse problems.