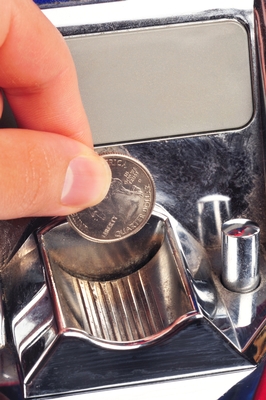 Some things are meaningful; some are meaningless. Some are vaguely in-between.

This is our constant, natural experience in everyday life. It is only in religion, spirituality, and philosophy that people insist that everything is meaningful, or that nothing is.

Eternalism and nihilism are the simplest confused stances. Understanding what is wrong with them, and how the complete stance avoids their confusion, is key to the rest of this book.

Some happenings are meaningless. If you looked very closely, you’d see your shoelaces are a slightly different shape every time, because they flop around. You don’t, because that’s meaningless.

Some are pretty much meaningless, even though they have some positive or negative effect on you. Your usual bus left two minutes late. The Coke machine mistakenly gave you an extra coin in change. You spilled some soda on your shirt. There were no further consequences.

So what? Such things just happen, for no particular reason. They’re effectively random. You forget them moments later.

If you haven’t eaten in a couple days, then the meaningfulness of food is obvious. This isn’t a sophisticated case of meaning, but it’s one that’s hard to deny. We share it with other animals; it’s in our biology, not some arbitrary personal or social choice.

Different foods have different meanings; there’s fancy food and boring food and comfort food. What foods have which meanings vary somewhat from person to person and culture to culture, but some food is fancy enough that nearly everyone will agree it’s fancy.

On a busy sidewalk, your eyes lock for an instant with those of a cute stranger coming toward you, and then they pass. You stop and look back over your shoulder and see that they have done the same. You can see that this is meaningful—even if it’s not exactly clear what it will mean—and an attentive third person would see the same.

You go for a hike alone in the desert, and your arm gets trapped between two rocks. You cannot free it, and after waiting several days for an improbable rescue, you realize you have the choice of cutting off your own arm with a dull knife, or dying of thirst.

Although an accident, this is a meaningful choice. If you survive, you will remember it as a meaningful experience. Though it was an entirely personal adventure, with no direct effect on anyone else, millions of other people are likely to find it meaningful as well.

We speak of “major life events”—marriage; giving birth; death of parent, child, or spouse; life-threatening illness; financial triumph or catastrophe. These are experiences most people would agree were highly meaningful.

Some things are more meaningful than others, evidently. You might say that meaningfulness and meaninglessness are a matter of degree, not either/or.

That’s not quite right, either, though. In many cases, it is difficult to say how meaningful an event was. This might not be a problem with knowing how meaningful it was, but an inherent nebulosity of the situation itself.

None of this is mysterious, or should be controversial. In fact, in ordinary circumstances, probably everyone would agree.

Still, there are situations that make it tempting to say that everything is meaningful, or that nothing is. These situations give rise to eternalism and nihilism. The rest of this chapter explains why these temptations arise, why we should resist them, and how.