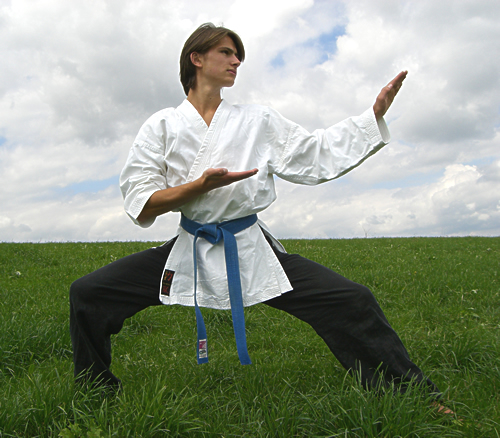 A stance is a basic attitude toward meaningness. A stance is a tool for understanding, from which you may act. This pages defines a series of terms that describe ways you can take up such a tool.

To adopt a stance is to use it, at a particular moment, as a way of addressing a problem of meaningness.

For example, to adopt the stance of materialism means to think about purpose in terms of “mundane” or personal benefit.

As I explained earlier, stances are unstable. Frequently one adopts a stance only for a few seconds or minutes, before abandoning it for another one.

Mostly, people are not aware of the stances they adopt.

To maintain a stance is to adopt it continuously for a longer period.

To commit means to decide to maintain a stance consistently in the future. For example, you might resolve always to adopt mission as an approach to purpose, rather than materialism.

To stabilize a stance means putting in place structures and strategies that support your commitment to it by making it easier to maintain.

Because people are mostly not aware of stances, it is somewhat unusual to commit to a stance directly. Instead, people commit to systems, which in turn demand certain stances.

An obvious example: most Western religions require the stance of eternalism. To be a good Christian, you are supposed to adopt eternalism whenever questions of meaningness arise.

To accomplish a stance means that you actually do consistently adopt it, every time its dimension of meaningness becomes an issue. For example, accomplishing nihilism would mean that you always regard everything as meaningless.

Accomplishing a stance is difficult. Obvious, everyday evidence constantly contradicts all the confused stances. The complete stances are subtle and emotionally unsatisfactory.

If you have committed to a stance, and have not accomplished it, you must apply effort to adopt it in cases in which it doesn’t seem to fit; and you often fail. I call this wavering.

Wavering causes emotional and cognitive problems. I explain what these problems are, for each specific stance, in the main part of this book. For complete stances, I show how to overcome the difficulties. For confused stances, I provide antidotes.

Antidotes destabilize a confused stance with patterns of thinking, feeling, and acting that reveal its errors and harms, and that guide you toward adopting the corresponding complete stance instead.

Complete stances resolve confusions by eliminating the tacit metaphysical assumption that produced them.

Each confused stance, although mistaken and often damaging when adopted, is based on a valuable insight. (Otherwise, it would not be attractive at all.)

For example, monism, the idea that “all is One,” is based on the accurate insight that we are not isolated individuals, that there is no hard boundary between self and other, and that things are connected in innumerable ways, many of which we cannot know.

For example, although it is not true that “all is One,” the language of monism may be useful in explaining that things are non-separate—which is true.