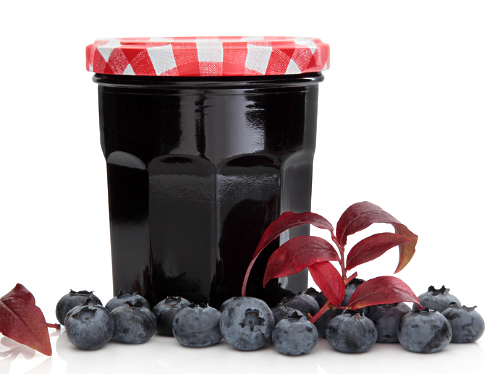 There is a jar of blueberry jam on my breakfast table. I could pick it up and toss it in the air and catch it. The lid is screwed on tight, so it will hold together. The jar won’t stick to the table or to my hand.

So, intuitively, an object is a bunch of bits that are connected together, and aren’t connected to other things. The boundary of the object is where the connections stop.

These definitions are often useful in practice. However, they also often don’t work.

Are a glass jam jar, its metal lid, and the jam itself one object, or three? It depends on what I’m doing with them. If I’m moving bottles around in the fridge, looking for the mustard, I’ll treat the jar with lid and contents as one object. That’s true even if I carelessly left the lid unscrewed and it could fall off. If you have a naked waffle and ask me to “pass the jam, please,” the jar and jam are the one object I’ll pass you—but I wouldn’t include the lid. If I’m polite, I might actually remove the lid before passing the jam.

And then there is the jam itself, as I stir it into my yogurt. It’s not object-like at all. It will stick to my hand, or to the table, if I spill a bit. It’s sticky blobby goo, with semi-squashed bits of blueberry. Are the blueberry bits separate objects or not? It’s impossible, if I poke at them, to say where their boundaries lie; they fade off indeterminately into the more liquid parts of the jam. Mixing it into the yogurt, the boundary between the two substances becomes gradually, increasingly obscure, indefinite, non-existent.

A cloud is a particularly dramatic example of ideas about objects not working. (That is one reason I use the word “nebulosity” so often; it means “cloud-like-ness.”) Seen from afar, you can say that this cloud and that one are definitely distinct. Yet as you get close, you find that a cloud has no boundary at all. And, there are no connections holding it together.

So, what is going on here? The world is not objectively divisible into separate objects. Boundaries are, roughly, perceptual illusions, created by our brains. Moreover, which boundaries we see depends on what we are doing—on our purposes.

However, boundaries are not just arbitrary human creations. The world is immensely diverse. Some bits of it stick together much more than other bits. Some bits connect with each other in many ways besides just stickiness. The world is, in other words, patterned as well as nebulous.

Therefore, objects, boundaries, and connections are co-created by ourselves and the world in dynamic interaction.

Monism—“All is One”—is the denial of boundaries. It recognizes, accurately, that there are no objective boundaries, but then insists that this means there are really no boundaries at all. (Or, that boundaries are merely subjective, purely creations of the mind, which is almost as wrong.)

In the same way, monism tends to over-emphasize connections. “Everything is totally connected” is a typical false monist claim. Everything is connected—by gravity—but most things are not connected in any meaningful way. Monism sees connections that don’t exist, producing a magical world view. (Misunderstood “quantum physics” is a common justification.)

Dualism is the fixation of boundaries. It insists they are perfectly well-defined and objective. It also tends to deny connections that actually do operate.

The next several sections of the book explain how boundaries, objects, and connections work in detail. Along the way, I’ll have more to say about nebulosity and pattern. Also, I’ll lay the groundwork for understanding participation, the stance that resolves the mirror-image confusions of monism and dualism. Part of that is explaining “neither subjective nor objective, but interactive”—a theme that will be important throughout the book.

If what I said on this page was convincing, you could skip ahead, to the detailed discussions of monism, dualism, and participation.

However, the idea that the world is not made up of clearly separable objects, but is also not just one big blur, may be unfamiliar. Some readers may resist these claims; so I will explain in depth.

You may also find my explanation of how things are interesting just for its own sake.