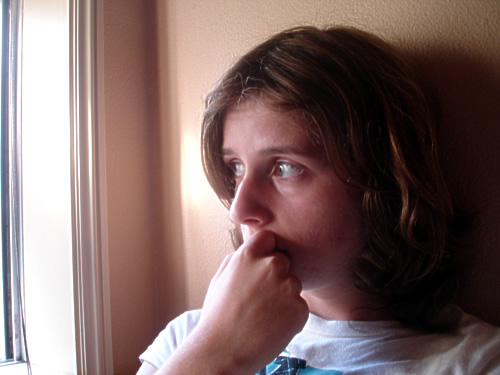 I was inspired to write this book when I saw many of my friends struggling with the question “what is my true purpose in life?”

This struggle makes you miserable. Finding your “true mission” is difficult. It might seem that it ought to be obvious, but my friends seemed to fail repeatedly. There is no pragmatic, straightforward means to discover your mission; you need to use non-ordinary techniques, such as psychotherapy, divination, or dream work. At times they would be excited because they had finally found it—but a month or two later, they realized they had been mistaken. What they had thought was their true mission turned out not to be. Then they would lapse into depression, for months or years, during which they seemed to do nothing much—just surviving. Of course, they said, since they didn’t know what they were supposed to be doing, it was not surprising that they weren’t accomplishing anything.

I think the reason you can’t find your mission in life is that there is no such thing. That answer seems unacceptable, though, if there is only one alternative: materialism.

If there is not something I was put on earth to do, perhaps all that’s left is to join the rat-race of accumulation and personal gratification? But everyone understands that is unsatisfying: a dead end. We have tried materialism, and seen that it fails. You can pursue money, sex, popularity, and power for a while, but either you find you can’t get enough, or it turns to cardboard in your mouth when you do.

Damned if you do, damned if you don’t. Some people pursue mission relentlessly; others materialism. Most flip-flop. In any case, these alternatives both produce disappointment, depression, at times anguish.

This is an example of what we could call “existential suffering” or “spiritual suffering.” It is suffering due to one’s relationship with meaningness. Purpose is one dimension of meaningness.

I believe this kind of suffering is unnecessary. It is caused by wrong attitudes toward meaningness. Those can be replaced with accurate ones, and then you are freed from it.

Of course, most suffering is not existential, or spiritual. Most suffering is practical: concrete circumstances are unsatisfactory. I haven’t got much to say about practical suffering, except that it often has practical solutions. Spiritual suffering is eradicated by replacing supposedly-spiritual problems (like “what is my life purpose?”) with practical ones—which you may be able to make progress on.

Mission and materialism are not the only possibilities. You can, instead, do things that you enjoy and that are useful to others.

“But how do I know what to dedicate my life to?” Wrong question… a good question to ask instead is “What is something I can do now that will be both enjoyable and useful?” That’s a practical problem. You can find answers without using religious or therapeutic voodoo.

It’s an unattractive question, however. “What is my true mission in life?” promises that if only you can find the answer, and you throw your whole self into your mission, you will be a very special person. Along the way, you will have certainty, and when you die, you will die justified.

“What’s something useful and enjoyable I can do now?” prompts the answer “Who cares—so what?” Mere usefulness and enjoyability doesn’t sound good enough. This “complete stance”—of enjoyable usefulness—is emotionally unattractive at first. Once accepted, though, it does eliminate the anguish of an existential dilemma. If you can let go of the grandiosity that leads you to imagine that some special task awaits you, and the false hope that getting enough of what you want would make life satisfactory, you can be useful and enjoy yourself. That letting-go takes some doing; I will suggest ways to go about it.

This book addresses a series of dilemmas of this sort. I call them “dimensions of meaningness.” Each dimension has a limited number of possible approaches, or “stances.”

The commonly available confused stances are each unworkable, because they are based on misunderstandings of how meaning works. For example, it is easy to waste a huge amount of emotional energy trying to be special or ordinary; to while your life away in mindless conformity or unrealistic rebellion; to play the victim or fail when you attempt to take total responsibility for your world. Adopting those stances makes you miserable.

For each dimension, I suggest an uncommon, alternative stance that resolves the misunderstanding, and turns a spiritual problem into a practical one.