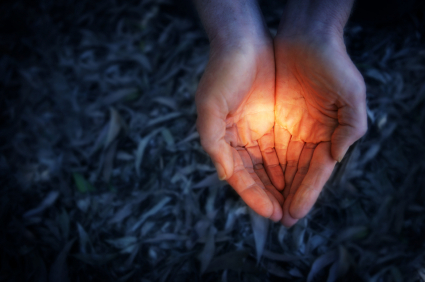 “Spiritual but not religious” (SBNR) describes a large, rapidly-growing fraction of Americans. Surveys suggest it’s a quarter of the population overall, and more than half of twenty-somethings.1 What it means is still unclear. I suggest that “system-free monism” defines this movement for many.

Scholars use the word “monism” to describe any approach to spirituality that asserts the fundamental, organic unity of all things. Monism sees God more as a first principle, ultimate source, or unifying force, than as a person. It finds divinity in all things; most importantly, within ourselves. We are all parts of the one Spirit that encompasses the entire universe.

Unfortunately, religions’ narrow dogmas and empty rituals hide the essential insight. Nearly all religions are dualist, meaning that they wrongly insist that divinity is always somewhere else. They say we are absolutely separated from God, from each other, and from nature.2 But, in reality, you can find the sacred here and now, in your own consciousness; you don’t need a priest and a church and a bunch of mumbo-jumbo.

My impression is that most SBNRs accept these monist ideas.3

Why are so many people choosing to be spiritual but not religious? Put another way, why is monism suddenly going mainstream now?

I think there are three reasons:

I’ll explain these in turn.

The way we live now is isolating, atomizing, alienating. We are artificially separated from each other, from nature, and even from our own everyday experience.

These are consequences of the modern social, economic, and technological order. We recognize that this isolation is unhealthy, unnatural, unsustainable.

We intuit that we are not separate; that we are intrinsically connected with everyone and everything everywhere. We long for community and for communion; for a return to the sacred.

Religion claims the sacred as its domain. But we see that religion too often divides us even further: from other people whose religions differ, from nature, and even from God. Dualist religion often seems to stand between us and reality. It separates, rather than unites.

If we abandoned religion, then what? The main alternative has been the materialist consumer culture. But that denies any meaning beyond the superficial, ephemeral, and selfish.

Religion and consumerism have been pushing each other into increasingly extreme positions.

Many religious people would like to drop most specifics of their traditions. They cling to these details, no matter how out of step with reality, because traditional religion seems the only way to preserve meaning and value in the face of attack from consumerist meaninglessness.

Monism offers a hopeful third alternative. It liberates one from the wrong-headed specifics of religion. On the other hand, it can point out what’s important in life, versus the stuff that doesn’t matter. It preserves meaning and a role for the sacred. It affirms the connectedness of all things, our joyful responsibility to care for all beings, and the possibility of experiencing unity with the universe.

System-free: after the New Age

The problem with the New Age is that it is not a simple, basic orientation toward meaningness. Instead, it is a big collection of specific belief systems. They share the fundamental monist view, but each has its own complex details.

The problem with the New Age is that most of its specifics are pretty silly. Do you really believe that crystal healing comes from ancient astronauts who taught psychic skills to the peaceful pyramid-builders of Atlantis? Anyway, who cares?

People try to believe that kind of stuff because, until recently, it was the only way to access monism. The New Age was pretty much the only game in town, if you rejected both religion and materialism. New Agers were the only ones talking about wholeness and connectedness and consciousness.

Often SBNRs are said to reject “organized religion.” Although this is roughly true, I think it misses the key point.

I don’t think SBNRs are against organizations as such. What they reject is the whole category of systems. By “systems,” I mean ideologies that claim to have a complete set of answers about meaningness, or some dimensions of meaningness. Religious organizations are basically corporations that try to sell you spiritual systems.

The American Baby Boom generation grew up within systems of traditional religion—Christianity, mostly. Though many rejected the specifics of Christianity (and in fact all religions), systems make sense to Boomers. The New Age systems are comfortable as alternatives.

But later generations have grown up in a “post-ism-ist” world. The time for big complicated ideologies that try to tell you everything about what to believe and do has passed. No system like that can be credible anymore. Younger people don’t want or expect to find a complete set of answers in one place.

Monism is a fundamental stance toward meaningness, not a system. It is simple and basic. It doesn’t require you to believe or do anything specific. (It isn’t really an “ism,” despite the word.)

Because the sacred is within ourselves, and is visible in nature, you don’t need a system to find it. You only need to recognize what is obviously there.

Why the new spirituality matters

Many religious leaders dismiss SBNR as lightweight, faddish, cotton-candy spirituality. They expect young people will grow out of it. I think they are wrong on both counts.

Monism is a serious alternative to traditional, dualist religion. No longer weighted down with the dogmas and rituals of silly New Age systems, it appears to be growing rapidly.

Wishy-washy moderate religion seems to have no spiritual inspiration, and people are leaving it in droves. Most people understand that neither fundamentalism nor materialism can be the right answer. Monism is newly attractive as an alternative. Apparently, it appeals to a majority of people growing up now—and that makes sense.

I am not a monist. A fourth alternative

…but I am concerned nonetheless.

I am spiritual, but not religious.

However, I am not a monist.

My experience is that monists suffer frequent spiritual disappointment and unnecessary suffering. I think this is inevitable: monism cannot deliver on some core promises.

Fortunately, monism is not the only way to be spiritual while avoiding religion and materialism. There is another, fourth alternative: not monism, not dualist religion, and not materialism.

This alternative includes what is right in monism, while avoiding its errors. Like the new monism, it is not a system. Unlike monism, it may deliver on its promises.

This site is devoted to explaining that fourth alternative.