The New Age: appeal and limits 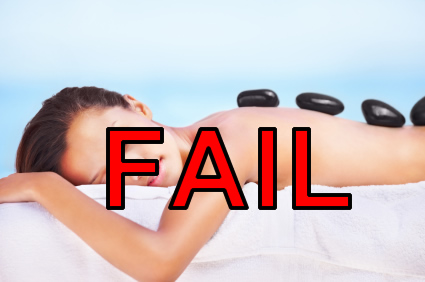 The New Age promised an Aquarian Revolution: a total, global transformation of consciousness. It has not delivered, as yet. I suspect, on the contrary, that the Age of Aquarius is drawing to an end.

The New Age was a response to particular historical circumstances that have passed. Understanding its appeal and limits may cast light on the emerging “pop spirituality,” which is similar in some ways and critically different in others.1

The New Age developed as an alternative to the restrictive, consensus 1950s world-view the Baby Boomers grew up in. In religion, the only 1950s choices were Christian and Jewish sects. In politics and economics, the only choices were capitalism and communism, which were seen as monolithic opposing ideologies. In society, the ideal was a nuclear two-parent heterosexual family with 2.3 children. Advances in science, technology, and industrial production made the idea of material Progress as an inevitable force compelling.2

Although some of these systems are superficially opposed, they all are forms of eternalist dualism. “Eternalist” means that they see meaning as provided by an unchanging transcendent order. “Dualist” means that they uphold various hard-line distinctions. People are individuals clearly separated from each other; from nature; and from divinity. Definite choices must be made between competing systems, which must be either right or wrong. Social groups—classes, countries, races—are immutably different, and inherently conflicting.

Many in the Baby Boom generation rejected this consensus, and sought other systems. Mostly, the alternatives they found were forms of eternalist monism. These systems also see meaning as derived from a transcendent order (eternalism), but assert that the supposed separations of dualism are illusory (monism). Among dozens of other systems, astrology, parapsychology, eco-spirituality, quantum mysticism, and naturopathy—despite addressing quite different subjects—share this underlying philosophy. The phrase “New Age” was popularized as an umbrella term to cover them all. Despite the “New” in the name, these systems mainly developed in Nineteenth Century Europe, influenced by German Romantic Idealism.

These monist systems are based on accurate insights into the errors of dualism. None of the separations dualism imposes are absolute. Insisting that these lines cannot be crossed is a major source of misery.

Alternative models of healing were a major part of the New Age’s appeal. Mainstream medicine’s ideology is dualist nihilism. The body is a machine that sometimes needs adjustment; the mind is entirely separate from it and irrelevant to its function; spirit is non-existent. Conversely, dualist eternalism sees the body as inherently morally corrupt; something to be disciplined, neglected, or repudiated. Both approaches came to seem quite wrong.

The problem with the New Age

The problem with the New Age is that you have to believe and do stupid things. Mostly its specific systems are silly, if you take details seriously. This has limited its growth. Most people have little patience with crystal healing and angelic spirit guides from Atlantis. (Or whatever is happening in the FAIL photo at the top of this page.3)

Most New Agers, though, hold to individual systems only lightly. They flit from one alternative healing method to another; they claim to believe in several incompatible religions at once; their actual lifestyles have little to do with their professed ideals.

For most New Agers, details are irrelevant. The specifics are, in fact, Nineteenth Century historical baggage.

For the client of a New Age healer, the mumbo-jumbo doesn’t matter. What is important is the healer’s recognition of the client as a whole person—body, mind, and spirit—who is also inseparably connected with all living beings. What qualifies the healer is not conceptual knowledge of astrological charts, maps of energy channels, or the pairwise interactions of flower essences. What qualifies the healer is her deep intuitive connection to the Cosmos as a whole.

Allegiance to the New Age is based on rejection of the only apparent alternatives: eternalist and nihilist dualism. If those are wrong, it may seem that monism must be right; and until recently, the New Age was the only available form of monism.

The sticking point is that it is not possible to participate in the New Age without adopting (however lightly or temporarily) one or more of the silly systems that make it up.