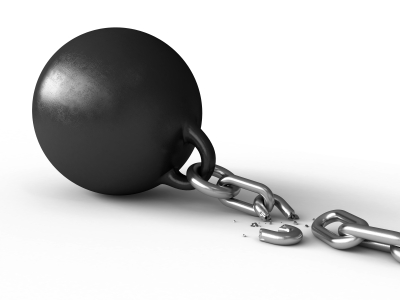 Better ways of thinking, feeling, and acting—around problems of meaning and meaninglessness; self and society; ethics, purpose, and value.

Meaningness is a hypertext book, being written gradually by David Chapman. The web site also includes standalone essays on the same topics, and a “metablog” of news and commentary.

The book begins with an appetizer. Or you might like to look at its table of contents. Or, you may prefer listening to the audio book version.

For automatic email notifications of new pages, please subscribe! (You can unsubscribe at any time with a link provided in the emails.)

I present a unified story, in divergent styles, across several web sites, of which this is the main one.

Meta-rationality is skill in using systematic reasoning, in technical fields, that goes beyond formal rationality by taking into account contexts and purposes. In the Cells of the Eggplant is my book about leveling up your work by applying meta-rationality.

I am, somewhat reluctantly, a Buddhist. Of an odd sort: “the opposite of whatever you’d expect” comes close. That sort of Buddhism shares central themes with Meaningness. I explain it elsewhere:

I write mainly web books—expositions extended over dozens of web pages—rather than stand-alone essays. However, here are some popular individual pages, sampled from several sites:

An appetizer: purpose
An introduction to the main ideas, via the question: What—if anything—is “purpose”?
Geeks, MOPs, and sociopaths in subculture evolution
Subcultures were the main creative cultural force from roughly 1975 to 2000, when they stopped working. Why?
Developing ethical, social, and cognitive competence
A summary of Robert Kegan’s model of adult development; and its personal, social, and cultural implications.
A bridge to meta-rationality vs. civilizational collapse
To prevent civilizational collapse, a bridge may be necessary—specifically for geeks—between systematic rationality and fluid, meta-rational understanding.
“Ethics” is advertising
Claims about ethics mainly function to make oneself attractive.
A first lesson in meta-rationality
Using Bongard problems to introduce patterns of intellectual insight that respect, but transcend, systematic rationality.

I’ve been invited onto many podcast episodes to discuss these themes.

I did a PhD in artificial intelligence at MIT. My undergraduate degree was in math. I’ve also studied cognitive science, biochemistry, Old English and Ancient Greek literature. None of that qualifies me to write Meaningness, but it may explain a certain STEM-ish orientation, decorated with occasional literary jokes. The closest thing I’ve written to an autobiography explains how I became a fictional character in Ken Wilber’s philosophical novel about artificial intelligence.

I have founded, managed, grown, and sold a successful biotech informatics company. That may explain a certain practical orientation, and lack of interest in philosophical theories that depend on the world being very unlike the way it appears.